The 2010-11 NHL season will officially launch on October 7 with the Carolina Hurricanes taking on the Minnesota Wild in Helsinki (as part of the Compuware NHL Premiere) and 3 games in North America (as part of NHL Faceoff), but before that happens, each of the six NHL teams slated to start their season overseas will play exhibition games against European club teams.  The games aren't going to be well broadcast from the sounds of things, but I'll keep an eye out for any potential broadcast.  Let's have a look at the matchups coming up on Saturday: 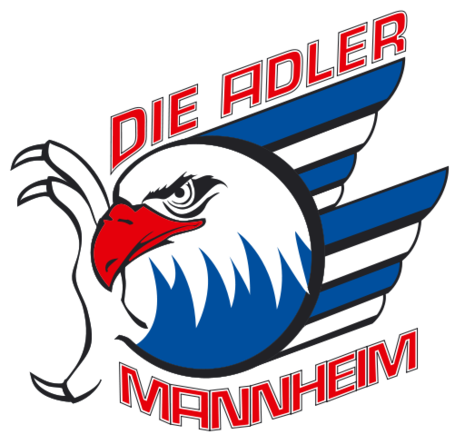 The Sharks are fittingly taking on a German club in their warmup for their season debut in Stockholm next Friday against the Columbus Blue Jackets.  San Jose has had a strong German connection in their past, drafting first rounders like Marco Sturm and Marcel Goc out of the DEL.  In fact, Adler is the last DEL club Goc played for, and his older brother Sasha is listed on Mannheim's roster, but has yet to play a game this year.  Other German players the Sharks have selected in the entry draft include defensemen Christian Ehrhoff and goaltender Dimitri Patzold.  Patzold currently plays for the Straubing Tigers and is the second best German goaltender in the DEL, behind fellow national team goalie Dennis Endras.  In goal for Mannheim will be former NHLer Fred Brathwaite, who is having a stellar season so far, starting all 9 games for Adler and posting a 1.72 GAA and .948 SV%.  If Mannheim is to have a chance in this game, it'll be on the hopes that Brathwaite will put on another spectacular goaltending performance.

Current Sharks goaltender Thomas Greiss is also German, and might get the nod in goal as a result.  The Sharks have an interesting goaltending decision to make, as the two more veteran, and well paid, Finnish goaltenders (Antero Niittymaki and Antti Niemi) they signed in the offseason are likely ahead of Greiss on the depth chart.  Greiss is 24 years old and saw only limited action last year behind Evgeni Nabokov, playing 17 games.  The Sharks will be making their final roster decisions, and don't be surprised if they split the goaltending duties in this game.

Offensively, Mannheim is currently led by a defenseman, Mario Scalzo.  Scalzo was a teammate of Sidney Crosby on the QMJHL champion Rimouski Ocenaic in 2004-05, and played 3 years in the AHL before heading to Europe in 2008-09.  Undersized German forward Yannic Seidenberg currently leads the team in goals with 4, but the team relies on former NHL forward Justin Papineau offensively.  Another player who once had a brief stint in the NHL for Adler is Nathan Robinson.  The biggest signing of the offseason for the team was acquiring German national team defenseman Robert Dietrich, who had spent two years with the Milwaukee Admirals, under contract to the Nashville Predators.  Dietrich is signed to a 3 year deal with the club.

The game is being webcast on radio via the San Jose Sharks website, and is being broadcast on Eurosport within Europe only.

UPDATE:  The Sharks' website will be carrying video with German commentary for the game (probably the Eurosport broadcast).  I've created a FanShot to be used as a GDT here at Puck Worlds.

In perhaps the most unique matchup of the bunch, the team from the most Irish city outside the Emerald Isle is coming "home".  The EIHL is by far the lowest level league that gets to challenge a NHL team, and for the occasion, they decided to ice an All-Star team of sorts to offer up the best challenge, taking the best players available to play in the game (there are EIHL games still being played, and unfortunately it means British hockey legend Tony Hand was unavailable).  Only four UK trained players will be taking part, and the majority of the other players played professionally in North America when they were younger.  Here's the full roster for the team.

The best part of this story from the Bruins side of things has to be tough guy Shawn Thornton.  Thornton's mother is a Belfast native, and he was able to secure all 20 of the tickets reserved for Bruins players to bring his family, as well as flying his mother in from Canada, for the game.  For Belfast forward Colin Shields, however, it's finally a chance to make his childhood dream of playing a NHL team come true.  The Scottish trained player was drafted 195th overall by the Philadelphia Flyers in 2000, playing his junior hockey for the Cleveland Barons of the NAHL before spending 4 years with the University of Maine.  He was named Belfast's captain, and earned a spot on the Select team after a dominating 87 point season last year, and has 7 points in 8 games to help lead Belfast to the top of the standings so far this year.

Ben Simon, Rob Globke, Owen Fussey, Richard Seeley and Craig Kowalski are some of the more familiar names to North American hockey fans on the Select team.  The Giants are most famous for employing Theoren Fleury during the 2005-06 season, a year in which he won the league MVP with an astonishing 22 goals and 77 points in 34 games, plus 270 PIMs.  If you had him on your EIHL Fantasy Hockey Team, you probably won your league.  The Giants are a relatively new team, opening in 2000 and have developed into the most prominent EIHL team in the league in that time.  Their arena, The Odyssey, seats 7100 and remains the prime venue in the entire league.

The game is being billed as like having AC Milan come to play a team in the Irish Premiership in football, but unlike that theoretical game, this one isn't being televised at all locally.  To make matters worse, the Bruins aren't sending their radio crew to the game, and I haven't found a radio webcast from Belfast that can be used.  It looks like it'll be an experience shared by British hockey fans who are making the trip to see the game from throughout the UK, as well as Thornton's extended family.  If you know of any way to hear or see this game live, let me know.

This is the first time any team from Great Britain has taken on a NHL team.  The IIHF has a rundown of the record of NHL clubs vs. European clubs here.  Most of Europe's success came from touring USSR clubs during the 1980s, but in recent years other countries have had similar experiences.  German clubs have yet to beat a NHL team in three previous tries.  I'll preview the other games as they approach.  The next games after this are on Monday, when the Carolina Hurricanes take on that infamous SKA St. Petersburg team, and the Minnesota Wild take on Ilves Tampere of the SM-Liiga.