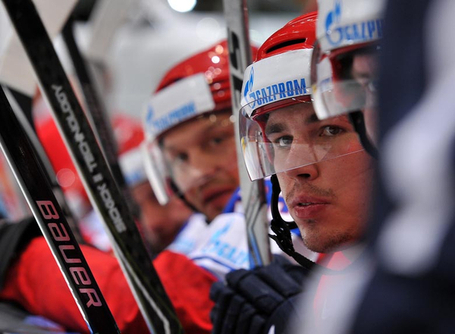 With Russia's 2-1 victory over the Germany, they move onto the gold medal game Sunday
and leapfrog past Canada for first place in the IIHF World Ranking. via www.iihf.com

Russia moved back into first place in the World Ranking after Canada had a brief three month stay atop the standings following their gold medal in the Olympics. USA falls to sixth after a disappointing 13th place showing in Germany this year. The Czech Republic will move up to fifth place as a result of the Americans' shocking finish.

Sweden slides up into third after winning in the quarterfinal round; they will finish ahead of Finland regardless of their result tomorrow against the German team. Germany will move up three spots to ninth as a reward for making it to the bronze medal game; they would have moved up an unheard of four places to eighth had they got by the Russians earlier today.

As a result, Belarus, Norway, and Latvia will each slide down one spot. Switzerland and Slovakia will also flop places in the standings, courtesy of a fifth place finish by the Swiss.

Come back Monday as we take a look at how the play of some countries this year affected which group they will be placed in next year in Slovakia.