The 2010 FIFA World Cup is underway in South Africa, and this is the second half of a look at the state of the World Cup of Hockey, which is supposed to be held next year, although little has been announced about the event at all. For more FIFA World Cup news and analysis, visit our SB Nation World Cup page. To read the first part of the story, click here.

Perhaps the most contentious issue I've found when it comes to international hockey tournaments has to do with the size of the tournaments, and the format that accompanies them. The early rounds feature too many lopsided matchups, and it usually takes until the third or fourth game before the result seems like it'll be in doubt. In recent years, we have seen some upsets at the Men's World Championship level, and even seen Switzerland defeat Canada at the Olympics in 2006. Switzerland was also the country that pulled off the shocker at the most recent IIHF U20 World Juniors, when they beat Russia 3-2 in overtime. Of course, the most memorable international upset in recent years was Belarus knocking off Sweden in the 2002 Olympic quarterfinals. Most of these efforts required incredible goaltending performances, and they haven't lasted beyond the single game. Belarus did not win a medal, Switzerland lost in the quarterfinals in 2006, and their junior team got blitzed in back-to-back games to Canada and Sweden in the semifinal and bronze medal games. So it's safe to say that hockey has a long ways to go before it can have the depth of teams that the FIFA World Cup currently sees, where they have 32 participants from every region of the globe. A World Cup of Hockey build on that model would see games as bad as that infamous Olympic qualifier between Slovakia and Bulgaria that ended 82-0. If you threw in regional qualifiers that allow teams like New Zealand and North Korea to qualify (the example works for hockey even better than football), there would be no point to the games until about the quarterfinals, and that's a lot of bad hockey games.

I'm all for the lower ranked countries being able to try and reach the top level, but the games need to be competitive. A qualifying stage that allows the best players to play for their countries would be ideal, as it currently does not happen at the Olympic level. There was controversy back in 2002 when Slovakia failed to advance past the preliminary round for the men's Olympic tournament despite clearly being a top ranked hockey nation. Slovakia stumbled in the preliminary round, but were absent all of their NHL stars (as their NHL teams did not release them for the preliminaries), including All-Stars like Zigmund Palffy and Pavol Demitra. It would be interesting to actually see how well a team like Slovenia could do with Anze Kopitar leading the way, or Austria with Thomas Vanek and Michael Grabner, or even Dainius Zubrus suiting up for Lithuania. Holding the tournament in the late summer, when there is no other hockey season to conflict with, would help solve this problem. For once, we might get a truly accurate reading of how good these countries really are. 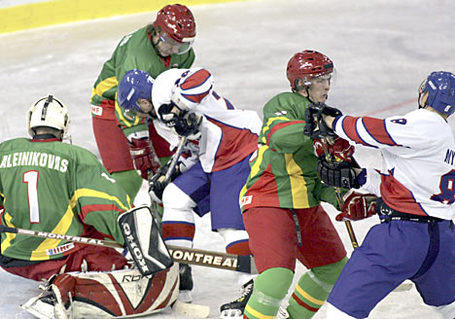 So a qualifying tournament could be held to supplement the main event. While the top teams are in training camp, there could be games being played to help determine their opponents. The current Olympic tournament format qualifies the top nine ranked teams as of two years prior to the event. So after the 2008 World Championships, nine teams knew they would be at the 2010 Olympics, and only three spots were contested for. The qualification process actually was a long one, with seven different tournaments of four participants each helping to decide the final three teams. That seems like a lot of hockey for very little prize, and evidently China agreed, as they didn't even take part even though they qualified by being a top thirty ranked hockey nation in 2008. Due to China's withdrawl, the IIHF actually hosted an addition tournament (hence the uneven number of seven total) to determine who replaced China. Spain won the tournament, and subsequently lost all three games at the next qualification tournament by a combined score of 29-2. Even the qualificaiton process can be ugly, so you want to limit that competition as well.

However, once you get just a tier below the elite level, there is a surprising competiveness for quite a ways down. The 2010 Olympic Qualification tournaments were all very competitive, with all the countries involved in the final three tournaments (of which the winners would qualify for the Olympics) obtaining points. The three countries that won the tournaments (Germany, Latvia, and Norway) all were the hosts of their respective qualifiers, so home ice advantage definitely seemed to play a role in the outcome. On a neutral site (we saw at the recent World Championships just how tough Germany can be on home ice), with games involving the very best players of each nation, the qualification tournament could be worth watching. Even below that level of 12 teams, the play didn't drop off immediately. Kazakhstan rolled through their group, but Japan had close games with Poland and Great Britain before advancing and finishing third in their final qualification pool. In short, team number ten or eleven in the world likely won't slaughter team number twenty-two, even though they rarely play each other internationally. (Summaries of the qualification rounds can be found on Wikipedia/IIHF website) 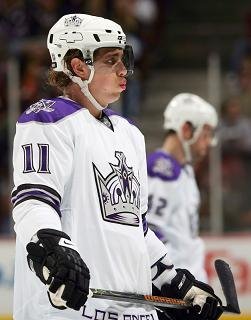 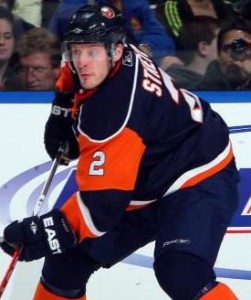 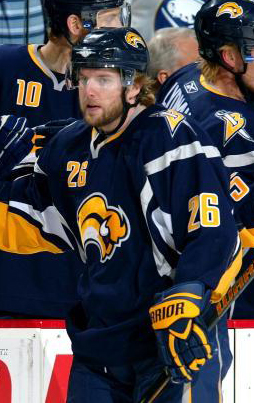 Lets make these guys teammates! Photos via www.prohockeyfr.com, via swisshockey.net, and Battle of California.

So any number of teams could qualify for such an event, but how many is ideal, or should we even bother? A while ago, Gabe Desjardins at Behind the Net proposed that at the next World Cup of Hockey, the NHL (since they decide these matters) should scrap the idea of having other countries involved and put the best NHLers from countries outside the 'Big 7' on a single team. While the international hockey fan in me would like to see just where some of these teams could be with their very best available, this definitely seems like the most entertaining option. And since the actual World Cup is the NHL's show anyways, this would probably best feature their players. Switzerland and Germany may not like it so much, but this would ensure the best players in the world did participate, leaving it to just 8 teams altogether. Would Germans, Norwegians, and Danes get behind the same team, or would they even care? That's hard to answer, but the World All-Stars would be an interesting experiment.

Whatever the format, my ideal for the final is still a best of three series. The 2004 World Cup of Hockey abandoned this unique twist, which produced many memorable games from the 1970s through to 1996. The 1987 Canada Cup remains the gold standard for these best of three finals, where all three games ended 6-5 and featured triple overtime in the second game just so Canada could stay alive against the Soviets. It's a unique concept unheard of in IIHF tournaments, and I hope is returned to if this tournament does get off the ground again next year.

And that may be a big if.