It's far from the best hockey on the continent, with an overall talent level a bit below that of the American Hockey League.  It's rare to see a player come out of the DEL and make an impact in the NHL, and definitely not an immediate impact.  What the Deutsche Eishockey Liga lacks in talent, though, it makes up for in personality.  Germany has yet to develop into a hockey power, their 4th place finish at the recent World Championships withstanding, but they are fans of the game, just not aficionados.  The attendance numbers for the DEL back this up:  only Sweden's Elitserien draws more than the DEL in average attendance, making it the third highest average attendance amongst hockey leagues in the world.  To make up for the lower quality of the domestic players, the DEL has the highest amount of North American players of any league in Europe.

It's a pretty familiar league for North American players.  The DEL has used the franchise system since being formed in 1994, presumably because of the financial uncertainty of the promotion/relegation system.  The teams are all located in what was West Germany, except for Eisbaren Berlin, so the league as a whole is very western friendly.  Many of the teams have nicknames, and some of them have rather unique origins.  There's a team named after a fictional character, and another named after a world famous hard rock band.  Considering Germany's wealth, population, and cultural significance, an argument can be made that the DEL is one of the most important leagues in the world in terms of potential to grow the sport.  If the popularity of hockey in Germany continues to grow, the feasibility of a pan-European league (or even a European NHL division) becomes more realistic. 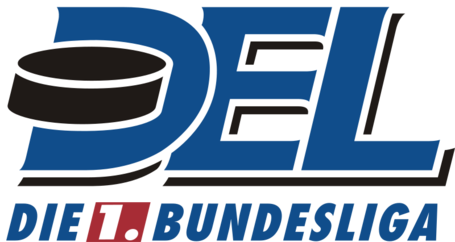 The franchise model seems to be working for Germany, even though it goes against the football tradition in the country, as well as the whole post-war era in hockey.  Even though Munich only appears to have a 12 year old hockey team, the current team came into existence after older teams had failed to gain franchise status in the DEL.  To obtain franchise status, a licence fee of about 800,000 Euros must be obtained, along with a stadium assessment, and the existence of a youth program run by the team.  If the youth programs/academies were successful, we should be seeing more quality German players by now, but we have yet to see what you would expect from a country like Germany to date.  That has allowed the DEL to have very loose rules regarding foreign content:  the current DEL allows ten players on each team from outside the European Union.  There is no specific quota for German players.

Not all is positive financially for the DEL, though.  The Frankfurt Lions, a team that existed from 1959 and won a title as recently as 2004 filed for bankruptcy this past spring and ceased operations.  This was in spite of the fact that Frankfurt finished second in the regular season standings.  The league broadcasts games online, but doesn't have a strong cable TV presence.  It's possible the league will get a nice boost from hosting a wildly successful World Championships this past spring, but their is legitimate concerns about the league being able to sustain growth over the long term.

The format of the league mirrors that of the Czech Extraliga, with each team playing each other 4 times in the regular season, but with 15 teams that means a 56 game schedule.  The top 6 teams qualify for the playoffs, with teams 7-10 put through a play-in round to bring the total to 8.  The major difference, of course, is that there is no relegation in the DEL.

And finally, some words about the quality of play.  The league's leading scorer this past year was 33 year old Jeff Ulmer, who topped out at 22 goals and 51 points in the AHL in 2005 with Hershey.  His 74 points in 56 games (for Frankfurt) edged out Thomas Greilinger of Inglostadt, who had 73 points.  Not exactly household names by any stretch, so if your favourite NHL team signed a player out of the DEL, expect him to be going to the AHL out of training camp.

Third in scoring was Norwegian cult hero Tore Vikingstad, who played for the eventual championship winning Hannover Scorpions.  That's right, Vikingstad played for the team named after the band that wrote "Rock You Like a Hurricane".  Told you the DEL was fun.